Positive Economic Growth for the Future of the Mountain State 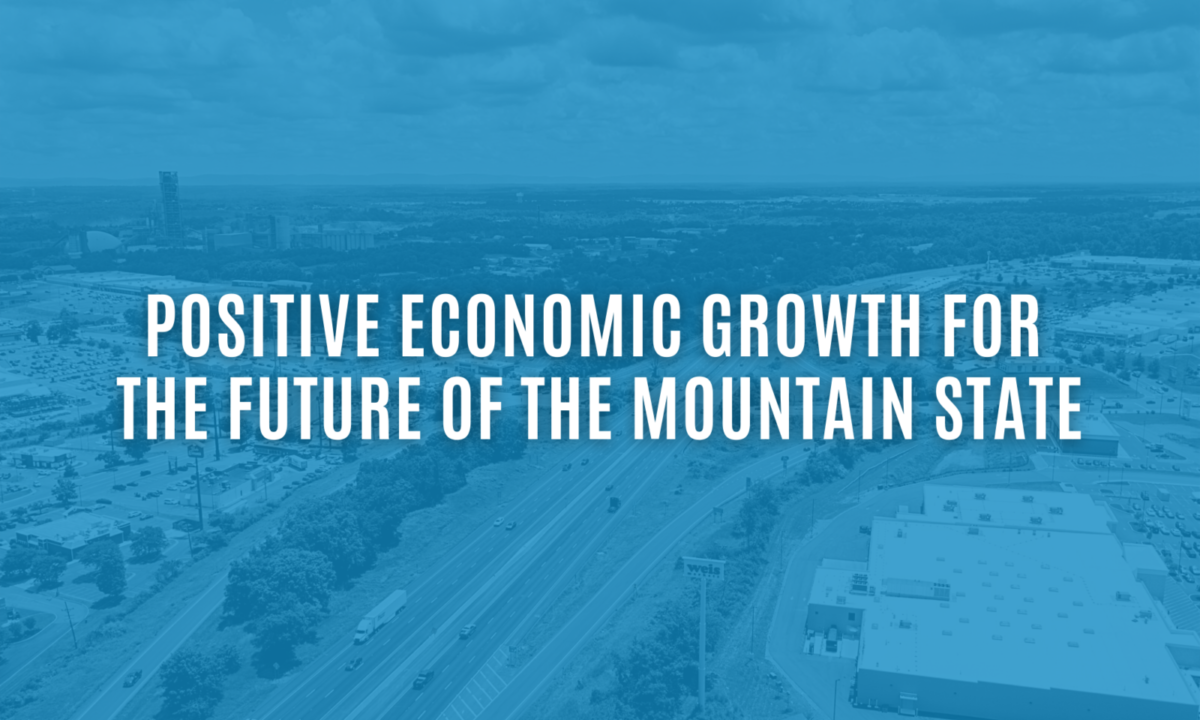 In the past 18-24 months, several positive news stories touting new and expanding business facilities and job creation have been announced within Black Diamond Realty’s West Virginia footprint.  This article recaps some of these notable announcements that will build positive economic growth for the future of the Mountain State.

Most recently, Clorox revealed the opening of cat litter manufacturing plant in the Eastern Panhandle of WV. The 97,000 square foot plant is open in Martinsburg WV and will produce the company’s Fresh Step and Scoop Away products. This plant will begin with more than 100 workers, including over 80 from West Virginia. Clorox plans to be in full production by early 2023. The company has also built a 450,000-square-foot warehouse down the road from the plant.

In August, it was announced that the West Virginia AeroTech Park will house North Central West Virginia Airport’s new terminal building, an expanded taxiway, an enlarged parking lot and will provide ample build-ready land for the continued growth and development of the region’s aerospace industry. The total economic impact of construction expenditures for the airport’s terminal expansion project is estimated to be $88 million, of which more than $55 million will be spent directly, and another $33 will be generated in secondary industries, according to analysis from the WVU Bureau of Business and Economic Research. The terminal expansion project is estimated to employ about 356 construction workers directly, and another 199 in supplier industries, for a total employment impact of 555 jobs.

With July came the announcement that West Virginia would be launching the state’s second small satellite, the WVU Small Satellite Center, in North Central WV. The SmallSat Center will work with businesses and other organizations to develop West Virginia’s second small satellite and to help those partners offer services and products to clients who want to fly experiments out to low orbit. Candy Cordwell (assistant director) said the SmallSat Center will create 15 new jobs immediately: five at WVU and 10 through the consultant company that will initially be contracted to offer small satellite simulation, design, manufacturing, deployment and management services to the team. Within three to five years, as the center becomes financially self-sustaining, she predicted that the high-wage staff positions will increase to more than 30 jobs in administration, business development, education and advanced aerospace manufacturing. This center not only boosts the aerospace industry statewide but also provides the hope to increase students K-12 interest and education in engineering/growth within the STEM field.

Groundbreaking occurred in June for a state-of-the-art hub for managing and coordinating complex medical supply logistics.  Owens & Minor, a Fortune 500 company that provides medical supplies, is going to expand on a deal they previously had with WVU Medicine and create over 125 jobs at a healthcare products preparedness and supply center in Morgantown.
Read More here: https://www.businesswire.com/news/home/20220627005704/en/Owens-Minor-Breaks-Ground-on-Center-of-Excellence-for-Medical-Supply-Logistics-in-West-Virginia

In June 2022, South Korean drug manufacturer UNDBIO signed a Memorandum of Understanding pledging to manufacture insulin in West Virginia. The letter indicates there are plans to locate the facility at the West Virginia University Research Park in Morgantown.

The news of this agreement between UNDBIO and the State of West Virginia is a positive step forward in UNDBIO’s quest to manufacture insulin right here in West Virginia. “While there is still more work to do to finalize this new facility, I stand ready to help to make sure this becomes a reality. I congratulate UNDBIO on this advancement and look forward to supporting them in their investment that could lead to creating more than 1,000 jobs in West Virginia.” – U.S. Senators Joe Manchin

In March, American Medicines Company announced that they are going to build a pharmaceutical manufacturing facility in West Virginia. This will bring 500 to 600 high-tech jobs to West Virginia. After listening to an interview with Crystal Mersh she mentioned that they do plan for this company is to not only develop medications, but to also manufacture and distribute.

Also in March, it was revealed that Omnis Building Technologies will build a $40 million, 150,000-square-foot facility in Bluefield to manufacture housing materials that will revolutionize the future of residential construction, creating 150-300 jobs in the process.  Additionally, PepsiCo Beverages and Frito-Lay are investing a combined $32.5 million to build a pair of new, state-of-the-art warehouse and distribution facilities in West Virginia by the end of 2022, bringing dozens of additional new jobs to the state. (Jordan Damron wrote: https://governor.wv.gov/News/press-releases/2022/Pages/Governor-Justice-West-Virginia-reaches-2nd-highest-export-growth-rate-in-nation-in-2021.aspx)

In January , GreenPower Motor Company announced an agreement with the state to manufacture zero-emission, all-electric school buses in South Charleston, bringing hundreds of new jobs and millions of dollars in economic impact to West Virginia. The operation is expected to bring 200 new jobs to the state within the next year and the potential to create as many as 900 jobs once full production is reached in 24 months, the news release said. https://www.blackdiamondrealty.net/local-news/automobile-manufacturing-company-to-open-facility-in-south-charleston/

To kickoff 2022, Governor Jim Justice revealed that Nucor Corporation selected Mason County as the location for a state-of-the-art sheet steel mill. This record investment will exceed $2.7 billion, making it the largest in West Virginia history, as well as the largest single investment Nucor has ever made.

Toyota Motor Manufacturing West Virginia (TMMWV) will invest $210 million to upgrade existing engine production and add 100 new jobs to increase assembly capacity of its four-cylinder engine line. Once complete, TMMWV’s total investment will be more than $1.8 billion and total employment will exceed 2,000.
“This is such exciting news for West Virginia’s business community as well as our families that businesses are choosing to grow their organizations here. Toyota is a wonderful example of how a global company can be successful right here in West Virginia.” – U.S. Sen. Joe Manchin, D-West Virginia, praised Toyota for their long-term commitment to the Mountain State.

Virgin Hyperloop announced Thursday, Oct. 8, 2020 that it will locate a certification facility on nearly 800 acres of land spanning Tucker and Grant counties where it will leverage intellectual capital and resources from West Virginia University, Marshall University and from across the state. Virgin Hyperloop plans to directly hire 150-200 engineers and technicians for the facility with plans to source talent locally. In addition, the construction and manufacturing of the project will create 7,300 jobs throughout the region over the next five years and the longer-term operation phase will create 6,000.

As of November 2020, Bridgeport, WV received news that it would be the benefactor of a portion of 300 new aircraft technician jobs between MHIRJ Aviation Inc.’s (MHIRJ) West Virginia and Arizona facilities.  https://www.blackdiamondrealty.net/local-news/mhirj-aviation-inc-announces-hiring-plan-for-300-available-positions-at-bridgeport-location/