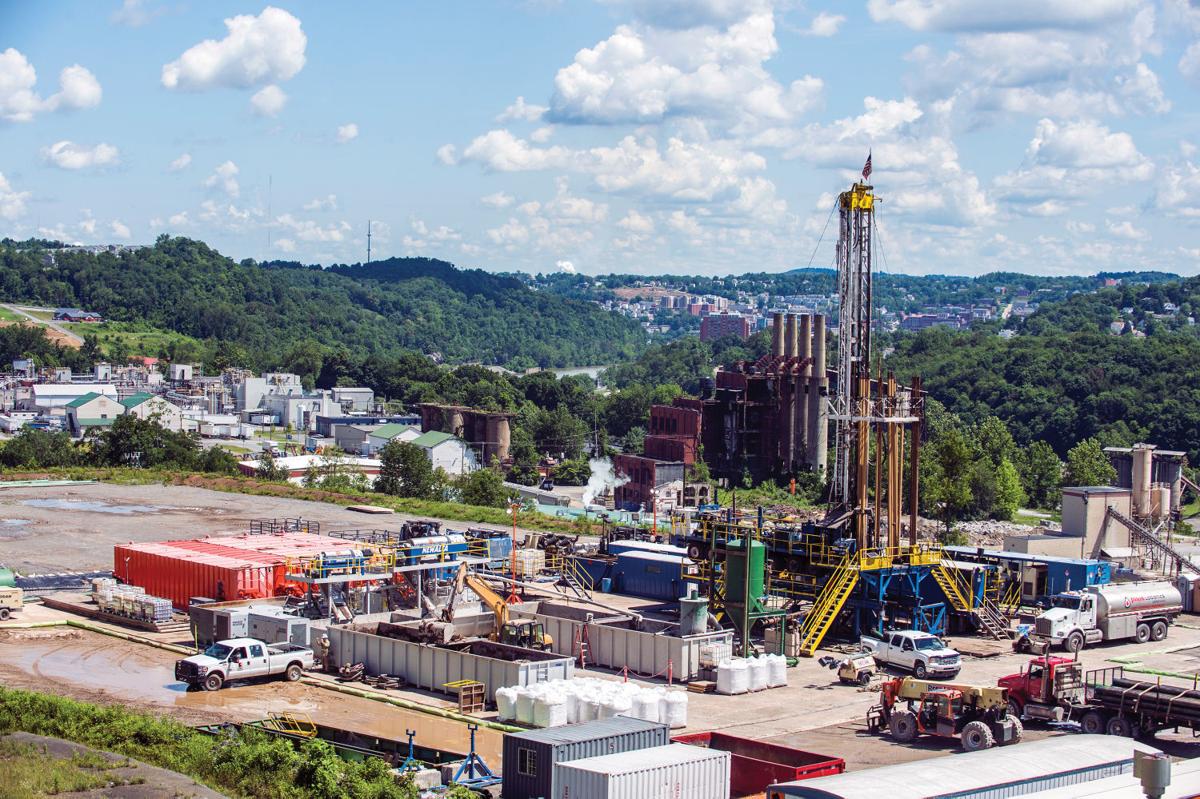 A recent study conducted by the U.S. Department of Energy further validated the benefits of and need for the Appalachian Storage and Trade Hub.

The subsequent DOE report from this study sent to members of Congress, titled “Ethane Storage and Distribution Hub in the United States,” shed light on the advancing natural gas industries in the Marcellus and Utica Shale regions covering West Virginia, Ohio and Pennsylvania during the past decade due to innovations like hydraulic fracturing. The report stated that the region, in view of it also being home to the undeveloped Rogersville, effectively make it an energy super power.

“Continued technological advancements and improvements in industry practices are expected to lower costs and to increase the volume of oil and natural gas recovery per well,” the report read. “The Appalachian Basin’s shale resource endowment is so bountiful that, were it an independent country, the region would be the world’s third largest producer of natural gas today.”

While the U.S. Gulf Coast has been the nation’s historic hub of natural gas storage and activity, data from the report projects that Appalachian and East Coast states will produce more than 30 trillion cubic feet of natural gas by the year 2050, which is more than the combined total tons of the Gulf Coast and the rest of the country.

“I’m not surprised at all, to be honest,” Appalachian Development Group President and CEO Steve Hedrick said regarding the DOE’s study. “I think it certainly validates the strategic importance of the Appalachian trading hub and what we have talked about as to the positive impacts it can have to our nation and certainly our allies around the world.”

In addition to providing as many as 100,000 jobs and tax revenue in downstream development projects, Hedrick added that such a storage hub would better enable the United States to supply the world with reliable energy, natural gas liquids and other products.

The hub itself took a crucial step toward reality in September when the Appalachian Development Group selected California-based Parsons Corp. as its engineering, procurement and construction partner. Since then, Hedrick said, potential sites have been narrowed down and negotiations with landowners are underway. The task now is to secure capital funding and conduct geological testing to ensure the sites in question are the right fit.

James Wood, interim director of the West Virginia University Energy Institute, said the visit to Appalachia by U.S. Secretary of Energy Rick Perry in 2017 was what helped kickstart efforts to make the storage hub a reality

“What was new to him, I think, was that this hub is likely to be built in rock and not in salt domes,” Wood explained. “He’s also pretty knowledgeable of the vulnerability of the (Mont Belvieu) hub down in Texas to periodic storm events and he knows that a hub up here is closer to markets.”

Wood also noted that a storage hub in Appalachia would also reduce greenhouse gas emissions because fewer pipelines and compression stations would be needed to move product to market. Under the status quo, gas collected in West Virginia must be transported to the Gulf Coast before it’s refined and shipped north again where most of the market is.

He said that while the Appalachian Development Group and Parsons Corporation are moving forward with developing the hub itself, WVU hosts several initiatives aimed at improving the natural gas industry. Research by the Center for Innovation in Gas Research and Utilization to produce baking soda out of carbon dioxide, a byproduct of coal power plants and natural gas well operations, is one such example. Various technologies and software systems are also being tested at the Marcellus Shale Energy and Environmental Lab at the Morgantown Industrial Park by university researchers in partnership with private companies.

“This report affirms what we have been talking about for years,” Congressman David McKinley, R-W.Va., said. “Natural gas production in the region has grown by leaps and bounds over the past decade. West Virginia and surrounding states are poised to become a leader in petrochemicals and manufacturing, but we need to build the necessary infrastructure to make it work.”

The DOE study also concluded that building an Appalachian shale storage hub is not necessarily in conflict with Gulf Coast expansion. This is because Appalachian capacity may serve regional demand for natural gas liquid derivatives, freeing up Gulf Coast production for other markets including exports overseas.

The report also favored the Appalachian region itself since nearly one-third of U.S. activity in the petrochemical ecosystem occurs within 300 miles of Pittsburgh, with over $300 billion of net revenue, 900,000 workers, and 7,500 establishments.