MORGANTOWN, W.Va. – WVU Hospitals announced today (Nov. 16) plans to construct a 10-story tower dedicated to WVU Medicine Children’s to address capacity issues and better serve the healthcare needs of all of West Virginia’s women and children. As a result of the project, 150 beds will be added to J.W. Ruby Memorial Hospital.

“As West Virginia’s leading academic medical center, we have a responsibility to the children of our state and their parents to provide the highest level of care close to home,” Albert L. Wright, Jr., president and CEO of the West Virginia University Health System, said. “The demand for our services has increased so that we must grow in order to meet their needs.”

The $152-million tower will take three years to complete. It will include:

All of the inpatient rooms will be private. The tower will also include a satellite pharmacy, laboratory, respiratory therapy, and a cafeteria.

“This new building will allow us to match our expanded programs for the women and children of West Virginia with a state-of-the-art facility,” J. Philip Saul, M.D., executive vice president of WVU Medicine Children’s, said. “The goal is for no child who needs us to leave the state for care.” 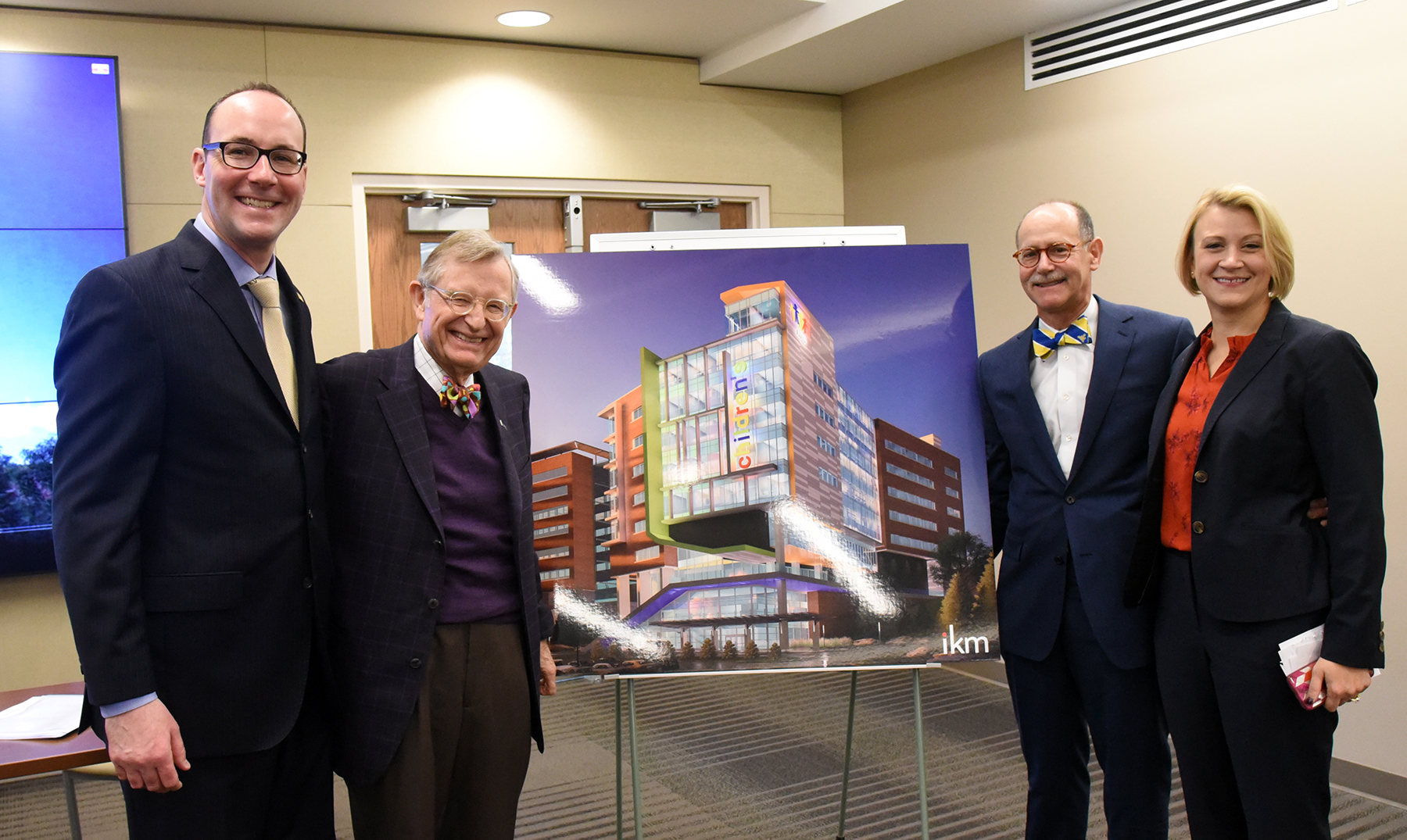 The new Children’s tower will be attached to the southeast tower (WVU Heart and Vascular Institute). The building will extend southward to Medical Center Drive.

The construction of the tower will be subject to Certificate of Need approval by the West Virginia Health Care Authority. Construction costs are estimated to be $105.8 million with the remaining $46.2 million for financing and other related costs. A capital campaign will be launched to raise $60 million for the project. WVU Hospitals will finance the remainder of the cost. No state funds will be sought, and no extraordinary rate increase is anticipated as a result of the construction.

“This is a necessity, not a nicety,” Gordon Gee, WVU president and chairman of the West Virginia University Health System Board of Directors, said. “The children and families we serve will be relying on our friends and alumni, our businesses, the people of West Virginia, and the Mountaineer Nation – wherever they may be – to pitch in and to make this project a reality. We’re launching this campaign right now, right here.”

The tower is anticipated to be open to its first patient in late fall/early winter 2020.