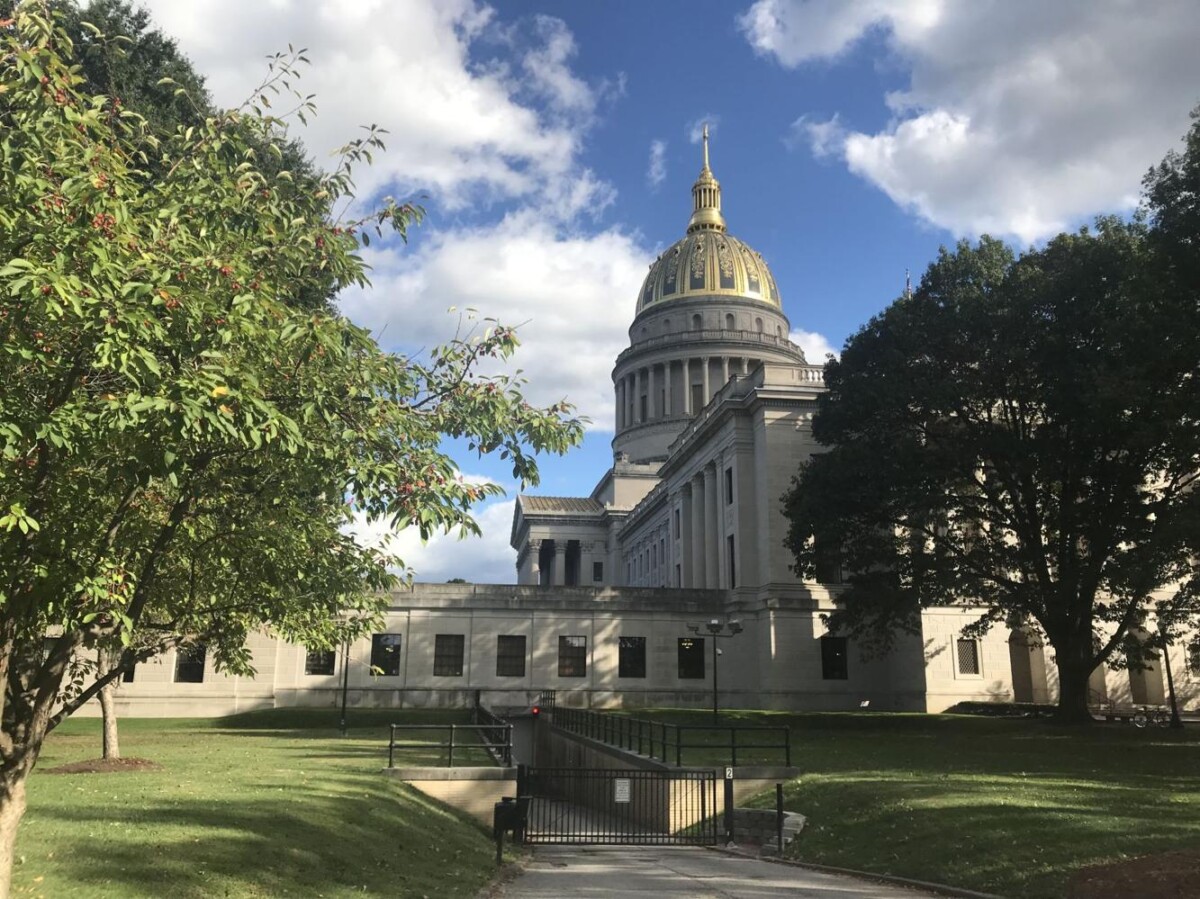 CHARLESTON — Gov. Jim Justice hopes to make West Virginia the eighth state in the nation without a personal income tax.

Justice outlined a strategy to phase out and eventually eliminate the state’s income tax during his 2021 State of the State Address, marking the effort as one of his major priorities for the current session of the West Virginia Legislature.

Justice’s plan would initially see personal income taxes cut in half for most West Virginians, while imposing a series of new taxes and tax hikes.

Personal income taxes eventually would be eliminated for all residents, with the hope that the predicted economic development activity and influx of new residents that will occur as a result will make up for the lost revenues.

In order to replace the $2.1 billion received annually from the personal income tax, Justice said the state should raise its consumer sales tax by 1.5%, impose taxes on the purchase of tobacco products and soda, create a “tiered” system for severance tax collections, impose taxes on some professional services, impose a wealth tax and make $25 million in budget cuts.

Richard Auxier, senior policy associate for the Urban-Brookings Tax Policy Center, said politicians like to bring up eliminating income taxes because, on the surface, it seems like an idea that can be easily sold to the public.

“If you ask someone, ‘Would you rather pay higher or lower taxes?’ they are going to say lower taxes,” he said.

However, this overlooks the importance of the essential services — such as infrastructure, education and health care — typically funded by income tax revenues and ignores the actual needs of businesses and families, Auxier said.

“That’s the other side of the ledger. That’s why we have taxes,” he said. “It’s critical to make sure that anytime you discuss this, you can’t make the question, ‘Do you want to pay higher or lower tax?’ I’m pretty sure I know the answer to that. The question for West Virginia is what do businesses in West Virginia need to thrive and what do families, to stay or draw them to West Virginia, need to thrive?”

Those who earn less will be most impacted by raising the consumer sales tax, Auxier said.

“Lower income people tend to buy more goods which are taxable than higher income earners, but it’s just math,” he said. “If you only have $25,000 in income, you’re spending pretty much every dollar that comes in and it’s being taxed at the same time. If you’re higher income, well you’re pocketing money, you’re saving money and you’re investing money. Your purchases simply aren’t as large a share of your income, so the tax bill for you overall goes down as a percentage of your income.”

Kansas tried a similar strategy in 2012 that had disastrous results, Auxier said.

“The governor at the time, Gov. [Sam] Brownback, put forth a very similar proposal. He literally said at the time, ‘I want Kansas to be an experiment.’ And his experiment failed spectacularly,” Auxier said. “The income tax cuts did not generate any economic growth. Not only that, Kansas fell behind its neighboring states when it cut its taxes. It didn’t just fail to reach its very high goals of booming economic growth, it fell back on its butt.”

“Therefore that exacerbated its ability to fund its schools, fund its roads and it fell into this terrible problem,” he said.

States that have managed to successfully eliminate income tax — states like Texas and Florida — have a substantially higher population then West Virginia and have very different economies, Auxier said.

“You have to think about what is right for West Virginia — given its economic mix, given its major businesses, given the challenges that families face, given the size of its cities, the size of its local governments,” he said. “Simply pointing at a state that you think is a success and saying that it must be the income tax, that’s myopic at the least.”

West Virginia lawmakers are waiting for more details of the governor’s tax plan to be released, but many members of the GOP caucus have already signaled their support for the proposal.

“We have been committed over the last four years to improving our state’s business climate, reforming our education system and promoting all of the benefits our state has to offer,” he said. “We now must take the next step, and that step is removing our state’s personal income tax.”

House Speaker Roger Hanshaw, R-Clay, said he looks forward to working with lawmakers to come up with a more concrete plan to accomplish Justice’s goal.

“The task will be putting the right plan together,” he said. “There is significant support in the House to eliminate the income tax, but it will of course depend on what the plan looks like. We’re not there yet on a plan, but we’re working toward it every day.”

Del. Clay Riley, R-Harrison, said he would support a plan that results in net tax relief for state residents.

“I am always in favor of putting money back in West Virginians’ pockets. It’s not the government’s money; it’s the people who are out there earning it,” he said. “I think it’s time that we have a good, honest debate about how we can do that successfully.”

“You always have someplace to start to have the discussion,” he said. “So I expect you’re going to see some good healthy discussion over the next 60 days. I think there’s a lot of great of ideas. And I think that as we work through the committee process, we’ll see something come out that’s good for the state of West Virginia.”

Del. Ben Queen, R-Harrison, said it’s typical for the governor to drop “bomb”-like ideas during his State of the State address.

“But not normally a billion dollar bomb. That’s hard to get used to here in the Legislature, especially when our general budget is only $4.5 billion,” he said. “But I think we’re all in favor of removing the personal income tax; it’s just how do we get there? Can we afford it? And in what manner do we do so?”

He also expects the tax package to change and evolve as it works itself through the committee process, Queen said.

“What I think we’re trying to weigh the options of is, how do we offset it?” he said. “We were cutting the budget $450 million just four years ago. Now, we do have surpluses, don’t get me wrong, but can we afford a $1 billion plan in a time where we’re kind of uncertain about what the future looks like?”

There have been numerous previous attempts to remove the state’s personal income tax, Queen said.

“We’ve all seen many different forms and plans to remove the personal income tax, and I think that’s the best one we’ve seen so far,” he said. “At the end of the day, I think you’re going to see a lot of discussion about the personal income tax. … If we can afford it, I think we’re all in. But making sure we can afford it is the uphill battle right now.”

Del. Joey Garcia, D-Marion, said he fears the tax plan will overshadow other important issues during this year’s session.

“A number of things that are being put on the table to try and pay for even a half repeal of the income tax, a lot of things have been discussed before and a lot of them have failed before with Republicans and Democrats,” he said. “So for me, there’s a lot of concern about that proposal and that it leaves a lot of the priorities that we should be looking at without the adequate funding that they need.”

Although Republicans are in the majority in both chambers and, in theory, have the numbers to pass just about any legislation, some GOP members have expressed doubts about the tax plan, Garcia said.

“I’m not so certain that they have the numbers to pass that, when it comes to their caucus and how they are split,” he said. “I don’t know that for sure and I haven’t talked to all the Republicans, but I’ve talked to a number of them that have reservations.”