Reasons to Invest in Appalachia 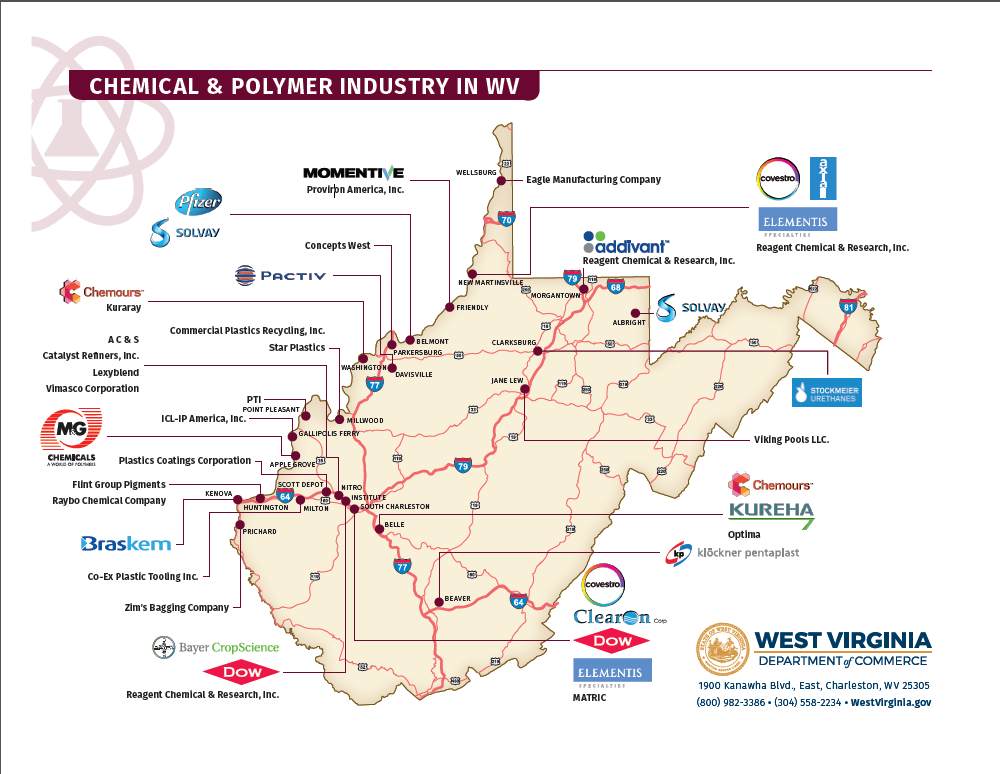 Between potential for growth in the energy and manufacturing sectors, coupled with technology and federal government operations, there are plenty of sound investment opportunities in the Appalachian region despite its challenges.

Such was the subject of industry and business development conferences held recently in Monongalia County. At the eighth annual Marcellus to Manufacturing Development Conference, Solvay Senior Vice President Wally Kandel said West Virginia has advantages in downstream industrial potential for its natural gas unique to other high-production areas around the globe.

He said that while the U.S. Gulf Coast remains a production and shipping powerhouse for natural gas, that region remains vulnerable to hurricanes and is far from the majority of its customers. Kandel said the decision to invest more heavily in the Gulf Coast was a sound one based on the technology and knowledge available in 2010. However, much has changed with the advent of horizontal drilling, and the advantages of the shale deposits in Appalachia are becoming more and more obvious. “In our case, we don’t have to decide where the customers are and where the feedstock is,” he said, noting that a majority of the U.S. population is within a day’s drive of West Virginia. “We need a shining bright new image that shows that.”

Many of the conference attendees also spoke in support of the Appalachian Storage and Trading Hub and the supporting pipelines needed to move the product to markets. Mike Graney, head of the West Virginia Development Office, pointed to the new polyethylene cracker plant under construction in Butler County, Pennsylvania, which is the biggest project in Pennsylvania since World War II and has one of the world’s longest supply trains on site supporting the construction effort. He said there’s enough gas in the region to support five of these facilities, which convert natural gas into pellets that can be used for manufacturing a wide variety of products. Another cracker plant worth $10 billion is in the works in Ohio as well. “We’ve got attractive states for industrial development,” he said.

Citing sources such as The Cato Institute think tank, financial services company Moody’s Corporation, the state development office’s own findings and others, Graney said West Virginia has seen $5 billion in investments since 2017, has a better business tax climate than any of its surrounding states, has the nation’s lowest turnover rate in manufacturing, has the 11th lowest cost of doing business, has no business franchise tax and has a strong rainy-day fund. Some of that investment is already taking place. Frank Bakker, CEO of US Methanol, said his company is in the process of dismantling two of its facilities in Brazil and Slovenia and relocating them to West Virginia. “What is methanol? It’s alcohol in its purest form,” Bakker explained. “You can drink it … you’ll go blind and die … but there are lots of uses for it.” The largest use of methanol is in manufacture of other chemicals, which is why US Methanol is establishing itself in Kanawha County to be close to both the local petrochemical industry and accessible, abundant natural gas that can be converted to methanol.

Other applications include laboratory solvents, antifreeze and vehicle fuel. A small amount of methanol can be added to wastewater to provide a food source of carbon for the denitrifying bacteria, which convert nitrates to nitrogen to reduce the denitrification of sensitive aquifers in some wastewater treatment plants. Challenges to further developing the storage hub and the economic goodies that come with it include a lack of flat land for construction, as well as a lack of cohesive strategic planning. However, Graney said these are issues that can be overcome. “I say we can overcome all of that if we have the right attitude,” he said. “West Virginia is not only wild and wonderful and beautiful. It is a powerhouse.” Kandel said it’s also a matter of properly informing those at the top of large companies around the world what the Appalachian region is capable of.

During the second annual Take Me Home Country Roads Conference, organized by the Morgantown Area Chamber of Commerce in conjunction with the Pittsburgh Chapter of the Society of Professional Services, West Virginia High Technology Foundation President James Estep said the state’s knowledge economy is being enhanced by the transition of federal government operations out of the crowded Washington, D.C., metro area. “The cost of operations there has become astronomical. It just doesn’t make business sense to stay there,” Estep said, referring to Northern Virginia and Western Maryland. “It can be transformative not only economically but cement in place a knowledge sector that could be an example for the whole country.”

An example of this in action is tech company Leidos’ work with NASA and the National Energy Technology Laboratory. In fact, this prompted the firm to start building a whole new campus at Monongalia County’s West Ridge development off Interstate 79. Estep said that as federal functions move to a new area, companies to support those functions also move into the area to go where the work is. He said this often leads to a ripple effect where companies branch out and expand their operations to keep up with demand, creating more jobs in the process.