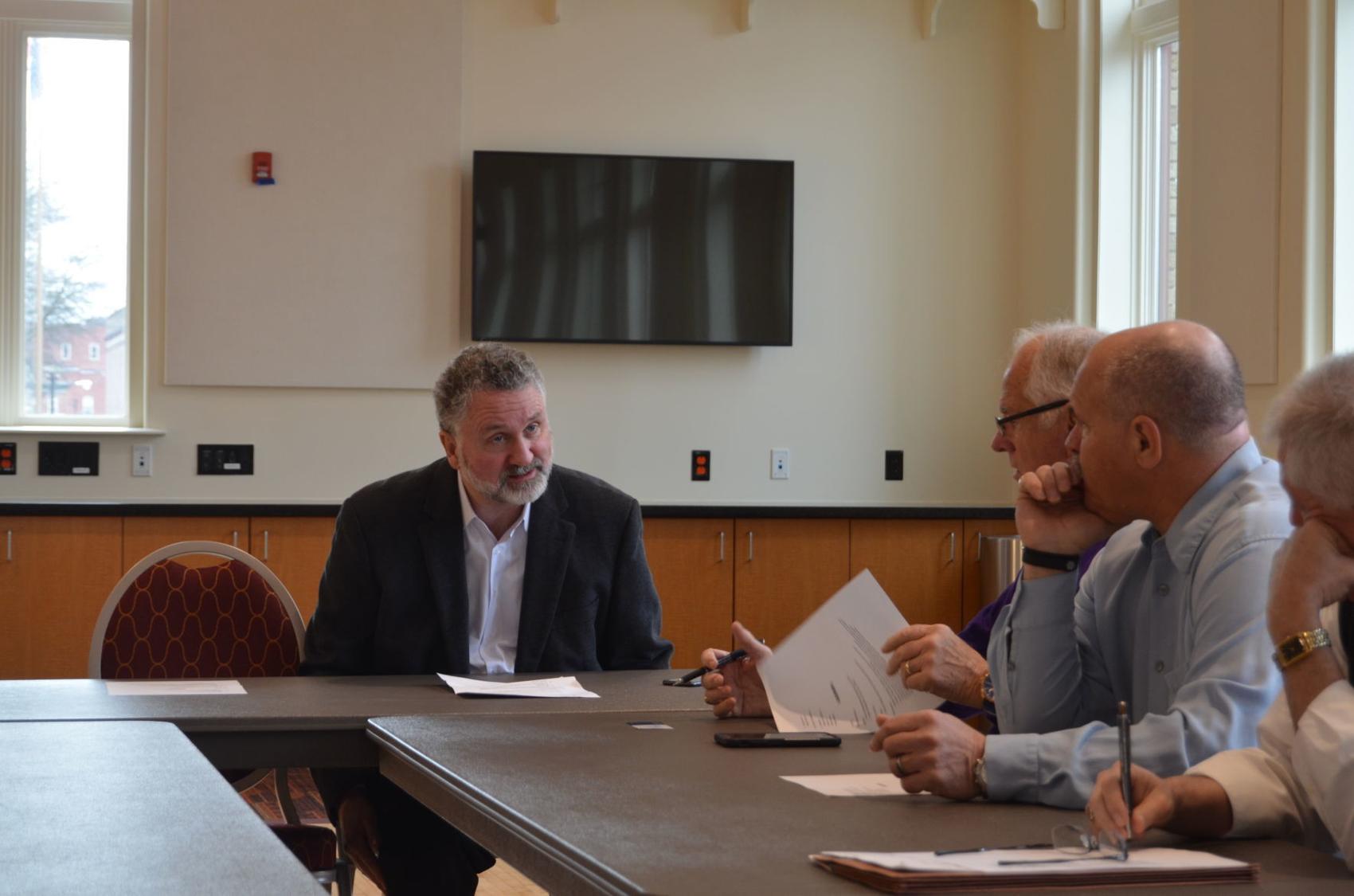 A new natural-gas-fired power plant in Harrison County is expected to be operational by fall of 2021, according to a company official.

Groundbreaking on the approximately 550-megawatt Harrison County Power Plant, a joint project of Energy Solutions Consortium and Caithness Energy, is expected to occur late this spring on county-owned property in Clarksburg’s Montpelier Addition, according to John Black, vice president of development for Energy Solutions Consortium. Black was in town Thursday to address members of the Harrison County Development Authority at their regular meeting. The meeting had to be canceled for lack of a quorum, but Black did provide an update on the project to those who were there.

Engineering work already has started at the Glen Falls substation, he said. “There will be an expansion of the Glen Falls substation, and that’s where we’ll sell our power. That’s our point of interconnect” via a 1.8-mile transmission line, Black said. According to Black, the plant will support 400 jobs during construction, which will be filled using union laborers. The plant will have between 15 and 25 permanent employees, but will support other maintenance and supply businesses in the area. There may be additional opportunity for the construction laborers who come on board in Harrison County.

Energy Solutions Consortium is also moving forward on a larger, 830-megawatt natural gas power plant in Brooke County. That project is approximately two months behind the Harrison County project, according to Black. “Our hope is to stagger them just enough that some of the labor can be switching from one to the other,” he said. The company estimates the annual overall economic impact of the Harrison County project will be about $880 million. “The financial commitment not only to our area, but the state of West Virginia, is substantial,” said Harrison County Administrator Willie Parker.

Once construction is complete, the energy generated at the plant will flow into the PJM power grid, Black said. The PJM grid covers all or part of 13 states, including West Virginia and Washington, D.C., according to the transmission organization’s website. Some owners of property adjoining the power plant site have addressed the company with concerns regarding the facility’s aesthetics, noise levels and impact on traffic, but Black said the company has been able to allay those fears.

The facility will be “very compact” at 12 acres, with a 180-foot stack that “won’t even go above the ridge line.” There will not be a visible plume, and emissions will be “well below permit limits,” Black said. The plant will run at about 55-65 decibels. According to information from Purdue University, 60 decibels is about the noise level of restaurant conversation, background music or an air-conditioning unit at a distance of 100 feet. Traffic will enter the property via a new access road rather than on Pinnickinnick Street, he said.

According to Black, Harrison County was the ideal location for the plant because of its interconnection, fuel supply, labor development opportunities and water and sewer availability. “The real key is fuel. We’re in the heart of the fuel. To be able to get this kind of supply with only a six-mile pipeline to a major interstate is just huge for us,” Black said. Both the fuel and the transportation of that fuel to the plant will be handled by West Virginia companies, he said. EQT will construct a 6-mile pipeline to transport the gas into the plant, Black said. “Our gas bill every year is $110 million, and that’s West Virginia gas,” Black said. That will benefit the natural gas industry in West Virginia as a whole, said Harrison County Development Authority President Michael Jenkins.

“That’s long-term severance tax revenue back to the taxpayers,” Jenkins said. “The biggest holdup to more drilling in the state and producing more wells and more royalty is having somewhere to utilize natural gas. These plants become instantly one of the largest consumers of natural gas in the region and start to build more demand for the natural gas.”

Developers will turn over their access road to the state, and water and sewer utilities will be oversized to help accommodate additional development, Black said. “Once we are finished with it, we’re going to have 16 acres of property right next door perfect for people to come in and be a supplier to us. We’re going to have a brand new road, water and sewer access … and we’re updating the internet into the property,” he said. Harrison County Commission President Ron Watson said he hopes the infrastructure infusion in the area can spur additional growth surrounding the site.

“It’s a beautiful day to be in Harrison County. The sun is shining brightly when you talk about half a billion dollars to build this that’s going to be back into our economy. We’ve been waiting, going through the hoops, and it will be a reality when the shovel digs,” he said.Watson said he expects the commission to reinvest funds from the eventual sale of the county property to plant developers into development in the plant area.