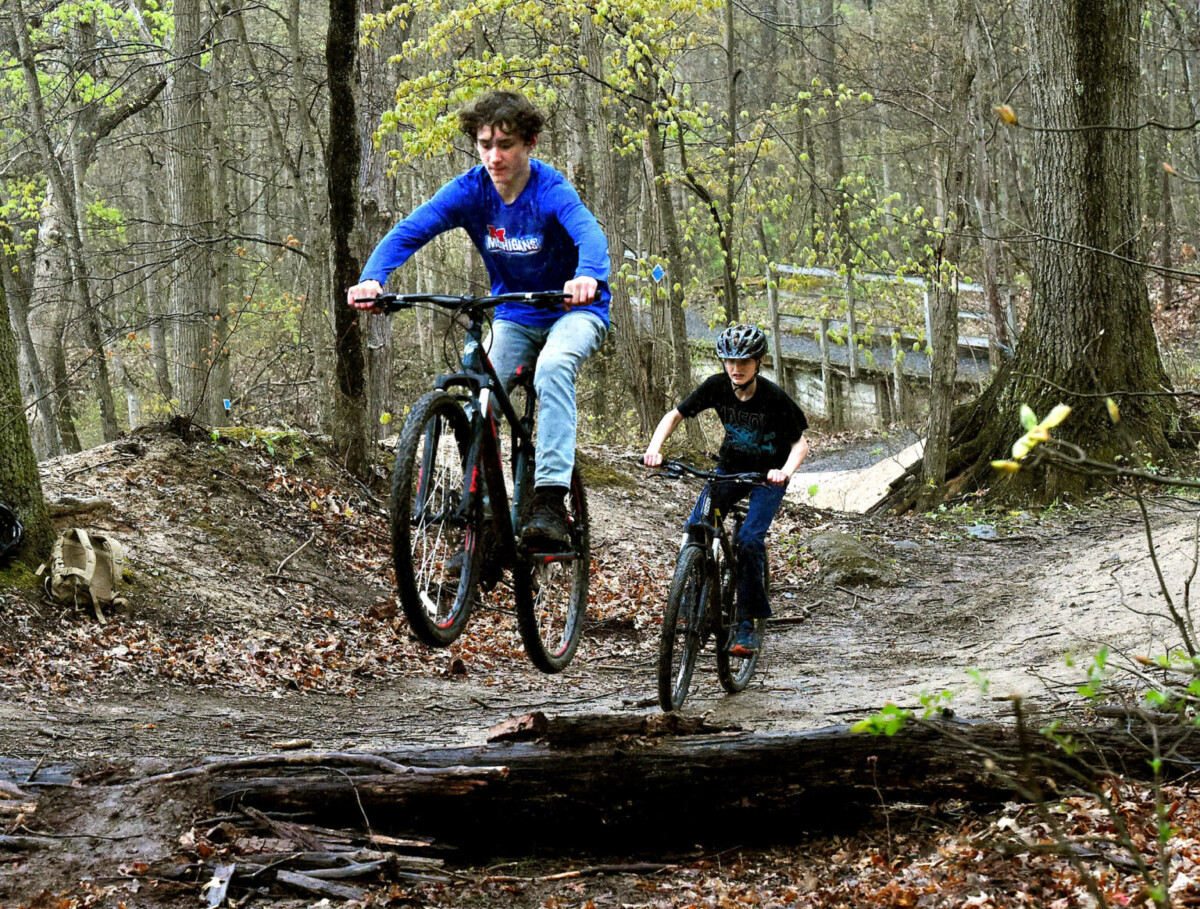 MORGANTOWN — Mylan Park Foundation President Ron Justice admits the foundation knew next to nothing about BMX racing 18 months ago.

You could say it’s getting a crash course.

Monongalia County commissioners were told about the project Wednesday.

Working with partners like USA BMX, Action Sports Design, Ascend West Virginia and the Youth Cycling Coalition, the Greater Morgantown Area, and Mylan Park specifically, have come out of a national selection process as the chosen site for a national-level BMX facility.

That, Justice said, would make it the only such facility in West Virginia.

But then the various players came and toured the park — and things began ramping up.

“When they did get on site, that vision of a BMX facility went a little beyond … well, it went a lot beyond the initial concept of a BMX facility,” Justice said. “It went to, ‘You all have so many other amenities here, especially with Stepping Stones and PACE, we could make this an all-access type facility that could be one of the only ones in the whole country.’ ”

Actually, the world, according to Michael McIntyre, who’s designed Olympic-level BMX facilities across the country for Action Sports Design.

“The concept for Mylan Park … is inclusion. Having it barrier free and dealing with mobility issues to include Paralympic activities, which has not been done for the Olympic sport of BMX,” McIntyre explained. “What we’re looking at is having the world’s first all-inclusive wheel park located within Mylan Park.”

McIntyre and Action Sports Design helped kick off the fund-raising process, presenting a $15,000 check to the Mylan Park Foundation.

“I think this is going to resonate worldwide,” McIntyre said of the facility. “We believe in it.”

Justice said the project would likely unfold over the next three to five years, as funding becomes available.

He said portions of the complex, likely the primary BMX racing track and amenities, could be under construction this coming summer and complete in the next 18 months, depending on the outcome of various grant applications.

According to information presented by Travis, beyond local, state and regional events, a national level event has the potential to bring more than $2.5 million into a community over the course of a weekend.

“Those are the premier-level events … that bring in the sports tourism crowds – the large ones,” Travis said.

In other commission news, Commission President Sean Sikora urged anyone who’s booked rentals or events at Camp Muffly in 2022 or beyond to contact the park office to confirm those reservations.

Lastly, the county’s tax lien sale for delinquent 2020 property taxes will be held at 9 a.m. Nov. 8 on the second floor of the Monongalia County Sheriff’s Department, at 116 Walnut St., not the county courthouse as was previously reported.

In order to avoid the sale, tax payments must be made by 5 p.m. Friday.