Longview Plans to Expand – Officials Seek to Build $1.1B Facility 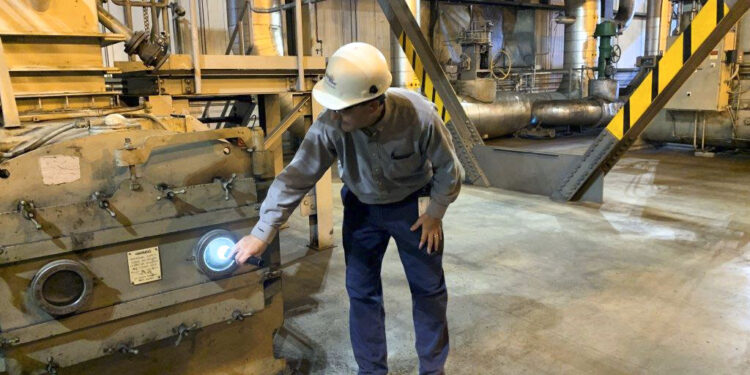 Right now there are just wild flowers on the empty land next to the Longview Power Plant in Maidsville, just north of Morgantown. But that will change in just a few years. Longview officials are in the process of obtaining permits to construct a $1.1 billion Longview Power Clean Energy Center that will be one of the largest fully integrated power generation facilities in the region. The company said the plant is sorely needed in the state.

Coal-fired electric power plants accounted for 92% of the state’s electric generation in 2018, according to the U.S. Energy Information Administration. Renewable energy — like wind or hydroelectric-generated 5.3%, while natural gas provided 2.1%. “The average age of a coal plant in West Virginia is 45 years,” said Jeff Keffler, chief executive officer of Longview Power LLC, which opened eight years ago. “The writing is on the wall.” Indeed. Seven of the eight coal-fired plants are expected to be obsolete and could be retired in the next few years, hence Longview’s push to be up and running by 2023.

The facility will be a combination gas and solar facility and be located next to Longview’s coal-fired plant, which the company said is one of the cleanest coal plants in the country. Adding gas and solar components is part of its overall business strategy, Longview officials said. “The choice was to invest in West Virginia,” Keffler said. “This will be a state-of-the-art facility.” “This is a win-win. We are a West Virginia company, and we’re able to grow.” Longview officials recently took local Monongalia County representatives, union officials and news media on a tour of the current coal facility and updated the status of the project, announced last year.

Company officials said the expansion will be constructed with union labor. The gas portion of the project will be built first. When complete, it will be a 1,200-megawatt, natural gas-fired, combined-cycle gas turbine that will be adjacent to the coal plant. Marcellus shale gas will be used. Construction of the natural gas phase of the project is slated to begin sometime next year, with completion targeted for 2022. This phase of the project is expected to cost $925 million and could mean lower fuel costs for consumers in the coming years. The plant will employ up to 35 full and part-time workers at an annual payroll of nearly $2 million, according to Longview.

The plan makes sense, energy experts said. “The fuel is plentiful,” James Wood, interim director of the Energy Institute at West Virginia University, said in an email. “The permitting process is less complicated and the capital and operating costs of the power plant are lower kW than coal, plus natural gas prices will be favorable for several years.”

The third phase of the project is the solar and carries a price tag of $76 million. Plans here call for the construction of 70-megawatt solar facility, 20 megawatts will be in West Virginia, while 50 megawatts will be  just over the Pennsylvania border in Greene County. It will be the first large-grade solar facility in West Virginia, the company said. Also, companies like Amazon, Google and Facebook are looking to buy its electricity from renewable energy sources, Keffler said.

The power produced by the gas and solar facilities when they come online — possibly by 2023 — will be sold the PJM Interconnection LLC, which coordinates the movement of wholesale electricity through 13 states and the District of Columbia. Longview provides power to 500,000 homes in the PJM. “The reconfigured plant should dispatch ahead of the plant as it exists today,” Wood said.

Over the life of the plant, Longview agreed to pay Monongalia County $105 million in payments in lieu of taxes — PILOT. The expansion will add $58 million to the total. During the construction phase of the gas portion, nearly 5,000 jobs will be created, while the solar portion will generate 75 construction-related jobs. Longview said employee compensation should exceed $360 million. The economic impacts on the West Virginia economy associated with the first full year of operation of the gas plant are estimated at 618 full and part-time jobs, with $43 million in employee compensation.

The solar plant, meanwhile, in its first year of operation is estimated to create 10 full and part-time jobs and $640,000 in employee compensation.  The plant will be constructed on reclaimed mine land. Kessler said Longview — owned by New York-based equity firm KKR & Co. Inc. — should have its permitting process finished in the next 12 months. Construction should begin right after that. Barbara Evans Fleischauer, a Democratic state delegate, from Monongalia County, toured the Longview plant and was updated on the plant expansion. “It’s important to me that union workers will be used,” she said. “I think this is exciting.”