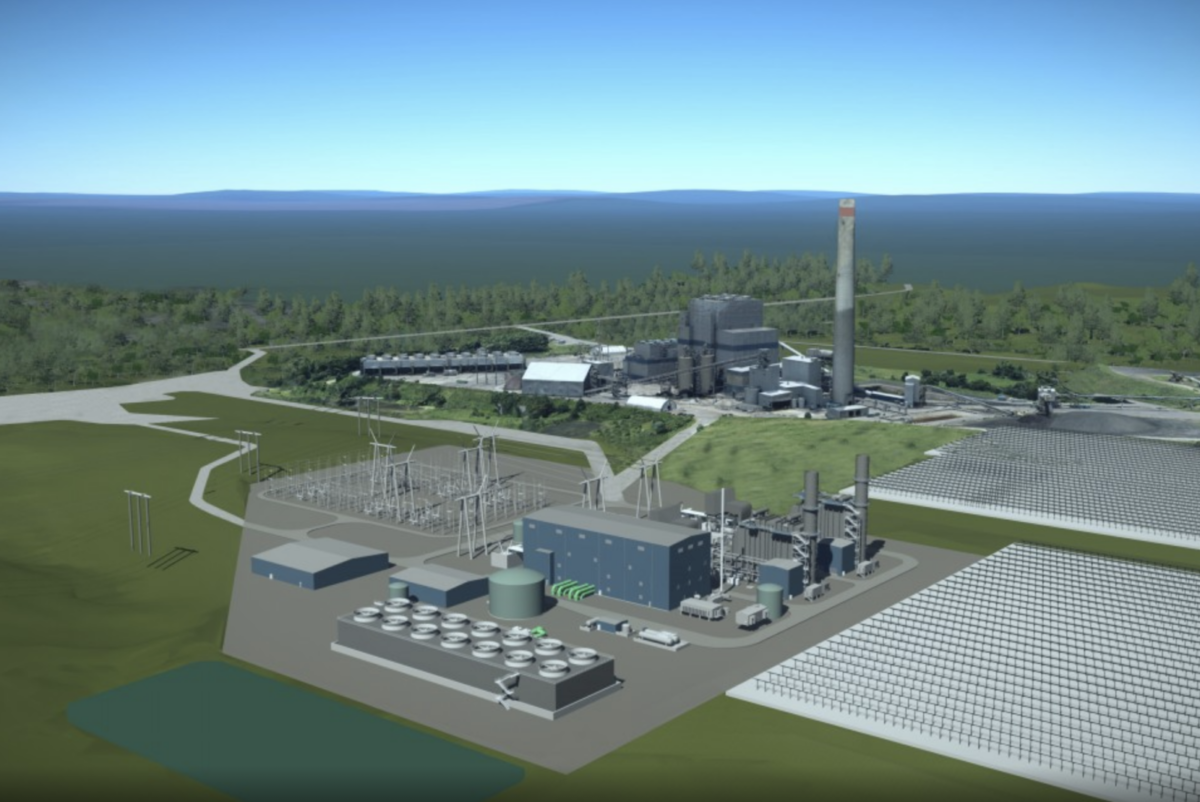 Longview Power has taken the next step to make it planned combined cycle gas-fired power plant a reality. The company announced late Thursday it has filed its application for a siting certificate to build the plant with the West Virginia Public Service Commission. Longview has dubbed the plant the Longview Power Clean Energy Center. It will be sited adjacent to the current coal-fired plant near Maidsville and will produce more energy: 1,200 megawatts compared to 710 MW for the coal plant. It will also include a 70 MW utility grade solar installation.

Combined cycle means the gas powers a turbine, and waste heat is routed to a steam turbine to generate additional power. Longview Power President and CEO Jeff Keffer told gas industry representatives in July that coal-fired plant in Morgantown is the cleanest in the world and the most efficient in North America. But it’s probably the last of its kind. That’s why Longview is developing the gas-fired combined cycle plant. He said in Thursday’s announcement, “The Longview Power Clean Energy Center will be a global model for clean fossil and renewable energy development. This first-of-its-kind project will use regionally produced Marcellus gas and the solar facility will be one of the largest in Appalachia.”

Keffer said the project will cost $1.1 billion to construct and create 5,000 direct and indirect jobs during construction. Employee compensation will exceed $360 million. The facility will pay an additional $2 million annually in PILOT (payment in lieu of county property taxes) and tax payments, over and above the $3 million currently generated by the coal plant, the announcement said. Longview expects to add more than 30 additional skilled, high-paying power generation jobs to operate the expansion facilities.

The coal plant generates enough electricity to power almost 700,000 homes, Longview said. Once the Clean Energy Center is fully operational, the combined facilities are expected to produce over 2,000 MW of electricity, serving nearly 2 million homes in northern West Virginia and southwestern Pennsylvania. The solar facility will use over 185,000 solar panels on 300 acres and be one of the largest solar generation facilities in Appalachia, Longview said. It will be constructed in Pennsylvania and West Virginia.

Keffer told the gas industry eps in May, “We’re really not in the coal business.” Longview’s business is energy conversion: using fuel to produce power; the fuel could be coal or gas or the sun. While the coal plant is the least expensive fossil fuel plant in the PJM regional network, the opportunity to build more coal-fired plants like it has passed, he said. The Trump administration undid the Obama-era Clean Power Plan, but took too long to rewrite the rules.

So gas is the next wave, he said. It’s now the predominant fuel in the PJM network, making up about 38 percent of its total. And as expensive coal and nuclear plants close, a new generation of gas plants will be needed to supply the baseload. Several government officials included comments in Thursday’s announcement. Sen. Shelley Moore Capito said, “In addition to all of the jobs and economic growth this project creates, it also positions West Virginia as a world leader when it comes to producing electricity in an environmentally friendly and cost-effective manner while proving that coal and gas will continue to power America for decades to come. It’s the perfect example of how our state continues to contribute to our national all-of-the-above energy strategy.”

Sen. Joe Manchin, Ranking Member of the Senate Energy and Natural Resources Committee, said, “In 2017, I brought U.S. Secretary of Energy Rick Perry to tour Longview Power because I wanted to show him the innovative work being done in West Virginia. I have always supported an all-of-the-above energy policy and am confident West Virginia workers will achieve this at Longview.” And Gov. Jim Justice said, “I’ve said many times that we need to be an ‘all-in’ energy state here in West Virginia. The more ways we are able to use our abundant resources, the more we will be able to build on the momentum we’re already seeing in our economy and this kind of complete commitment is exactly what we need to truly put West Virginia on the map.”

The announcement arrived after hours and The Dominion Post was unable to reach the appropriate Longview officials or the PSC to learn about the site certificate process.