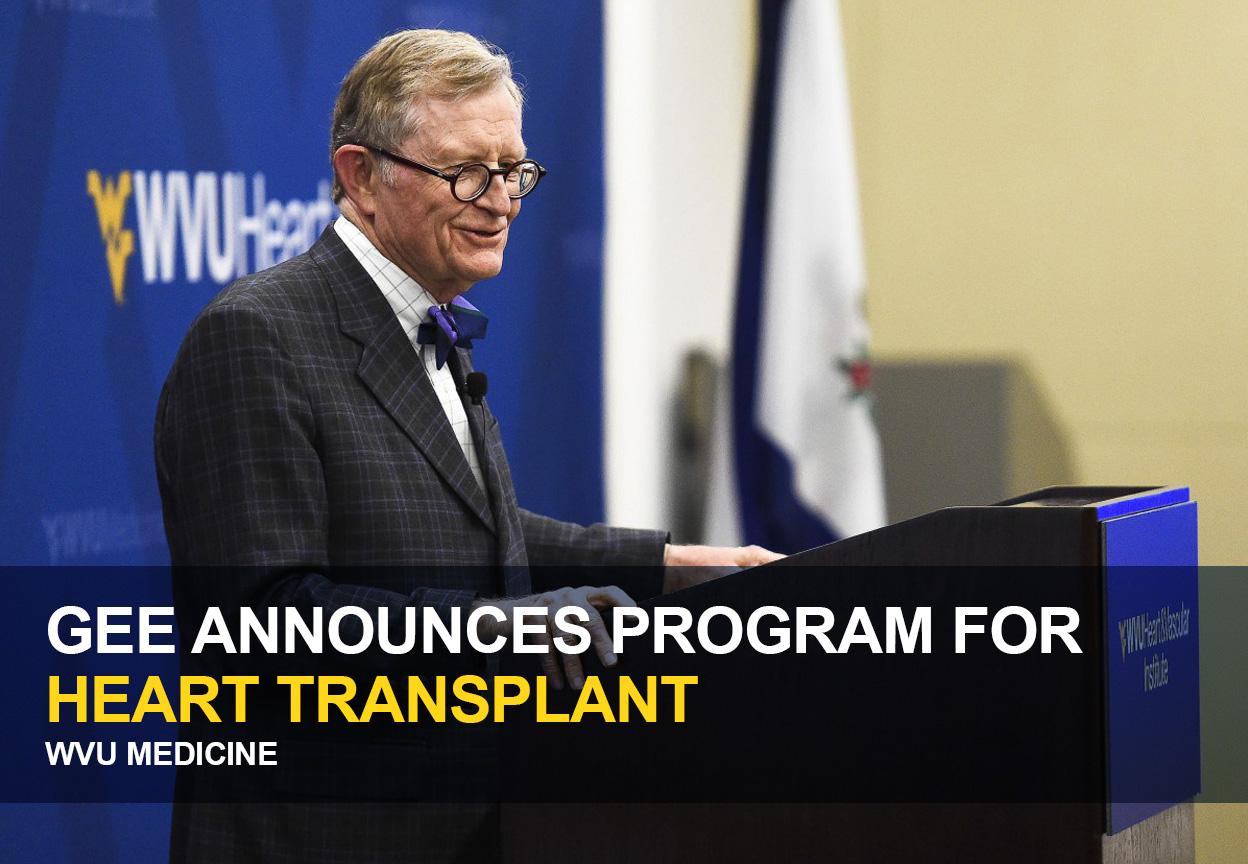 WVU reinforced that commitment Wednesday with the announcement of the state’s first heart transplant program, to be part of the WVU Heart and Vascular Institute. Gee was joined by West Virginia Gov. Jim Justice and WVU Medicine President and CEO Albert Wright, among others during a press conference held in the institute’s first-floor conference room.

According to a WVU Medicine press release, a letter of intent was filed with the West Virginia Health Care Authority on Aug. 10. A certificate of need was filed Aug. 20. Wright said he anticipates the program will be up and running in 2019. He explained that WVU invested hundreds of millions in heart and vascular care over the last three years, including the construction of a 10-story, $200 million tower attached to J.W. Ruby Memorial Hospital and the recruitment of Dr. Vinay Badhwar to lead the institute.

“What we’ve found is when we put people, programs and the physical plant together, we can really do magical things here,” Wright said. “The results we’ve seen in these last 24 to 36 months are nothing short of amazing.” Badhwar said those results include the creation of the state’s first advanced heart failure program and the implementation of emerging artificial heart technology. There are currently 22 West Virginians awaiting a new heart. Being on a heart transplant list requires the patient live within four hours of a transplant center.

“What we’re trying to do is make sure people have the best possible health care in West Virginia. We should not have people going away to other places,” Gee said. “There’s no reason people should not come to this beautiful state and get the best possible health care, and that’s what we’re celebrating today. I want all of you to know you’ve made possible something very special.” Justice said the strides both West Virginia and WVU have made would be unbelievable as recently as 20 years ago. “Think about John Doe in West Virginia, how much he needs you. How much he needs the ability to not have to travel all over the place for decent health care, how much he needs you to be a star,” Justice said, later adding, “I mean it. There’s no way to be more proud of our state university than I am.”

Gee noted that heart disease is the state’s leading cause of death. He said WVU and WVU Medicine has the talent and determination to tackle it head-on. “If we have the will and courage to be great, we will be,” he said.