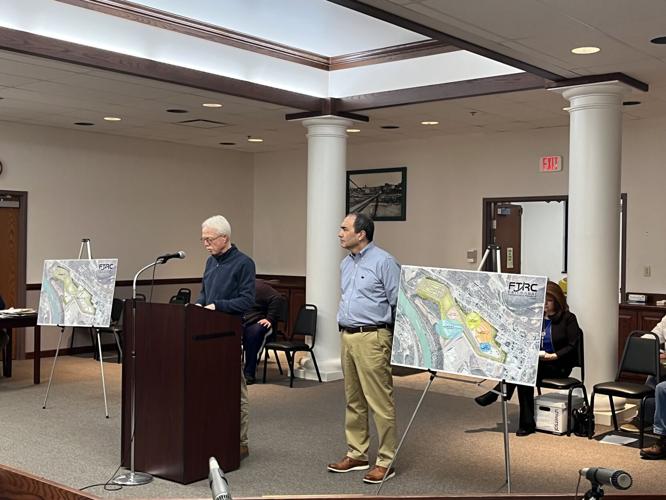 FAIRMONT− Fairmont City Council got a look Tuesday night at a plan to develop the old Fairmont Coke Works site at Sharon Steel Corporation property in East Side.

West Virginia University’s BrickStreet Development Center for Innovation and Entrepreneurship and the Marion Regional Development Corporation have developed the Fairmont Transportation Research Campus. The cite would consist of an academic research center, automobile testing, performance and training facilities, the construction of an almost two mile long road course, acceleration and deceleration course and a skid pad. The FTRC would have a focus on autonomous vehicle research, as well.

The goal would be to boost the local economy, create jobs and attract motorsports enthusiasts, MRDC President Nick Fantasia said.

From the start, 100 full-time jobs will be created, not including construction jobs. At project completion, an estimated 750 full-time permanent jobs will be created. The jobs would work with the Marion County Technical Center, West Virginia University, Fairmont State University and Pierpont Community and Technical College and include varying education and income levels.

“This project is a way for North Central West Virginia to begin to be a leader in a new technology,” Fantasia said.

After given the title “Master Contractors,” the MDRC will be able to begin construction. The initial phase of construction will include “dirt and infrastructure work” and should take approximately 18 months to complete. The total construction cost is an estimated $32.7 million. As of right now, funding for the project has not been established.

The FTRC is backed by Marion County Commissioners Linda Longstreth and Randy Elliott.

After hearing the presentation, Council member David Kennedy said he was ready to vote on the project Tuesday night.

“In the words of past councilman Phil Mason, ‘The stars are aligned,’ and I see that there isn’t any reason to delay this. I’m making a motion tonight that council grant the authority for this resolution that you’re asking for − that this project of economic development might go forward and I hope that there’s a second to that motion,” Kennedy said.

As Council member Josh Rice seconded the motion, however, Mayor Tom Maniella, said the motion could not move forward until every council member is in agreement. To ensure that  the project is approved legally and fairly, Manilla told council members to email City Manager Valerie Means with their opinions on the decision.

Fairmont City Attorney Kevin Sansalone agreed with Maniella’s decision and asked for a contract to be established between city officials and the MRDC before moving forward.

Sansalone said the written agreement should be established stating something along the lines of: after two years of starting the project, if the checkpoints have not been met and not enough progress has not been made, the city will be able to dissolve the agreement and endorsement.

The next city council meeting is scheduled for April 12 at the Public Safety Building on Quincy Street.