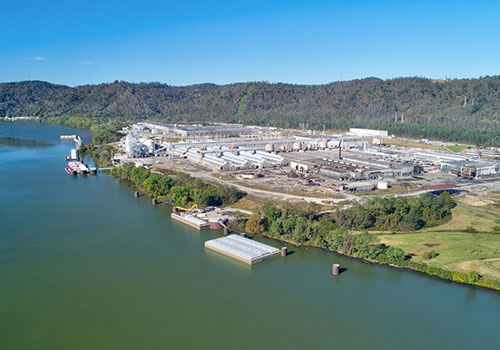 Growth in the state’s energy industries, along with the construction projects that come with it, offers many economic opportunities, but there is a balance to be had, as was demonstrated by speakers at the eighth annual Marcellus to Manufacturing Development Conference in Monongalia County.

John Deskins, chief economist for West Virginia University and director of the Bureau of Business & Economic Research, said the state’s economy is heading in the right direction overall, but added there are issues worthy of attention. “The 9,000 jobs we’ve added over the last two years are really concentrated,” he said. “This is part of the problem. The jobs we’ve added have been concentrated almost entirely in eight counties of West Virginia. Those eight counties are doing well. And we have 40 counties that are stable … some small growth, some small decline, but mostly stable.”

Despite improvements, Deskins said long-term problems remain. One is the state’s workforce participation rate, which is the lowest in the nation at only 54 percent of the state’s adults either working or actively looking for work, compared to a national average of 63 percent. He also pointed out that of the 9,000 new jobs, as much as 85 percent of them are in coal, natural gas or temporary construction work that is mostly related to natural gas. He said economic diversification is still a long way off. “We want energy to be strong,” Deskins said. “We want coal, gas and construction to be strong — obviously — but we have to have growth in other sectors like manufacturing, like tourism. This is the environment we find ourselves.”

Deskins said economic diversification is not only necessary for different types of businesses to flourish, but also to prevent a brain drain. For instance, he said when economic shocks occur, such as the decline of coal a few years ago, residents leave to find work elsewhere, and most of those who leave tend to be young people. This also leads to the vicious cycle of unemployment, despair and drug abuse. Deskins said the abundance of natural gas in Appalachia does present an opportunity to achieve economic diversification in view of the number of chemical and manufacturing industries that are drawn to cheap, plentiful and accessible feedstocks. “We have the opportunity to create tens of thousands of jobs over the next decade or couple decades,” he said.

Joe Bozada, chief operating officer of the Appalachia Development Group, said work on an Appalachian Storage Hub for natural gas to feed that economic diversification is underway. While the past year of development has been highlighted by the selection of Parsons Corporation as an engineering partner and securing loans from the U.S. Department of Energy, Bozada said the work on selecting underground sites to build the hub has also proceeded. He said that after negotiations with landowners, the list of sites has been narrowed down to five. Now the task, he said, is to further narrow that down to two sites — a primary site and a backup site.

He said the biggest risk to large-scale investment in West Virginia is a lack of suitable infrastructure. The Appalachian Storage Hub, when completed, will serve as a critical piece of that infrastructure, along with various pipeline construction projects, he said. “Our biggest risk is, essentially, why we exist,” he said, adding that the ultimate prize at the finish line is the 100,000 family-sustaining jobs the storage hub is projected to create via downstream development. Despite the promises of the storage hub, Bozada said other energy interests around the world aren’t just sitting back. They too are looking to expand.

He said U.K.-based INEOS has invested 3 billion euros into the construction of plastics manufacturing facilities in the Belgian port city of Antwerp — plants designed to use ethane derived from North American shale gas brought in by ships. Bozada said that while this is happening, American Ethane Co., which has Russian financing, is preparing to embark on a venture to supply Chinese markets with as much as $75 billion of ethane that would travel forth by sea through Beaumont, Texas, on the Gulf Coast, another hub of America’s petrochemical industries. He said volumes of that quantity represent an equivalent to the 100,000 jobs the creation of the Appalachian Storage Hub could provide.

Looking back to Appalachia, Long Ridge Energy President Robert Wholey said there are opportunities for business development in the remains of older industries that have since shutdown. He said one only needs to look across the Ohio River in Wetzel County to see an example. Located in Hannibal, Ohio, sits the leftovers of Ormet Primary Aluminum Corporation which is being redeveloped into a gas-fired power plant. The smelter, once the third largest aluminum smelter in the U.S., shut down in 2014, but development into a power plant started almost immediately after Long Ridge’s parent company, Fortress, purchased the property in 2017.

“It used as much power as the city of Pittsburgh,” Wholey said. “It went bankrupt because the power prices were too high. The terrible irony of it was that power was right beneath their feet.” Wholey said a particular advantage of developing such a site is the fact that much of the infrastructure is already in place, which can speed up the process and reduce some costs.