COMMENTARY: Fewer people left WV because there were few opportunities 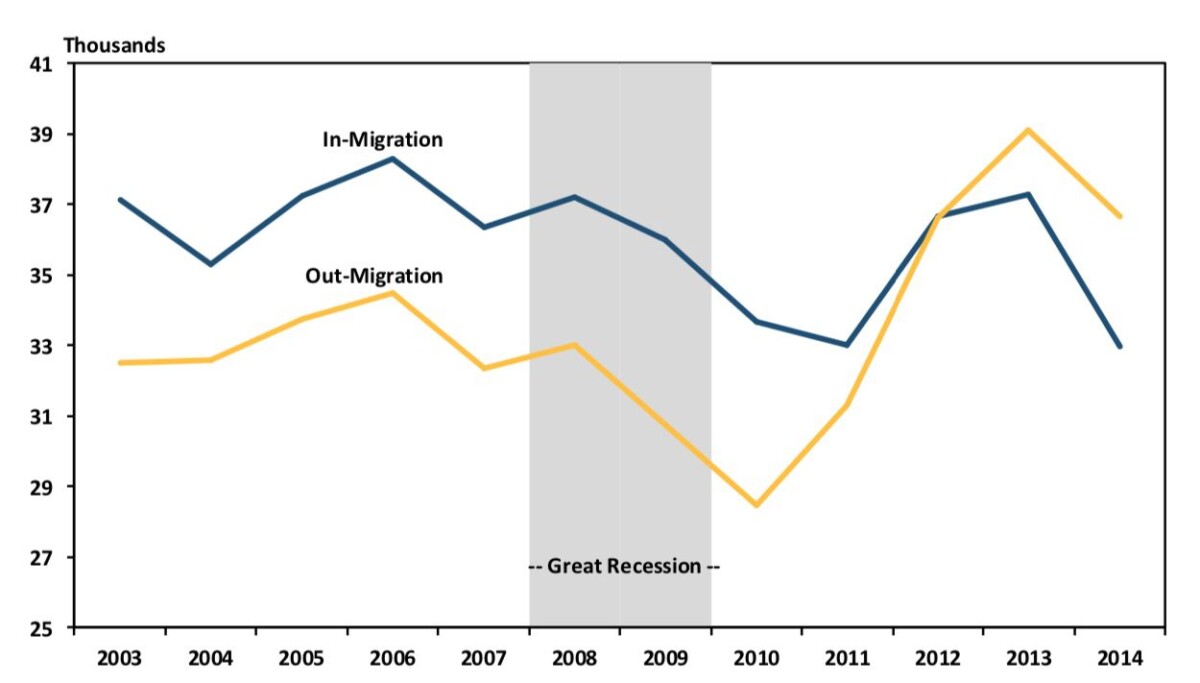 COMMENTARY – Figures from the U.S. Census Bureau indicating that more people actually moved into West Virginia than moved out of the state were somewhat surprising, given the state’s years long overall population decline.

Between July 1, 2020 and July 1, 2021 West Virginia had a net migration of 2,343. More people moved into the state that out of it. The positive numbers may indicate that efforts by state officials to attract people to West Virginia are starting to pay off. However, it may more likely be an unanticipated result of the pandemic.

“We just see the end result, which is a net gain in in-migration. I believe this is more a result of a decline of out-migration rather than an increase of people moving in,” stated Dr. Christiadi, a Research Associate with West Virginia University’s Bureau of Business and Economic Research.

Dr. Christiadi has extensively studied the state’s population and demographics and believes more people chose to remain in West Virginia simply because the opportunties to leave the state were limited by the economic shutdown resulting from COVID pandemic.

“Interstate migration is typically driven by job opportunities,” Dr. Christiadi explained during a recent appearance on Talk of the Town.

A report by the Congressional Research Service found that nonfarm payrolls shed 22.1 million jobs between January 2020 and April 2020. Job numbers declined to 86 percent of their pre-recession levels in February 2020. Even by July 2021, aggregate employment remained 5.4 million jobs short of the prepandemic level.

More West Virginians stayed put because the jobs they would have left for didn’t exist.

Dr. Christiadi believes as the world continues to return to normal in the coming months and years, West Virginia is likely to again see net losses in its migration numbers, just as did when the economy started to rebound in the 2010s.

However, Christiadi was quick to point out a major variable that could have an impact on the flow of people out of West Virginia that did not exist in 2009 – remote working.

Many employees and employers have learned through the pandemic that it is not necessary to be at an office in the heart of a major city. Employees can just as easily and sometimes even more efficiently work from a home office, eliminating the need to move out of West Virginia to chase career opportunties.

State officials are promoting that very idea, and even offering financial incentives through the Ascend WV program, aimed at drawing in remote workers disenfranchised with the idea of living in major metro areas.

Yes, it is possible that the exodus of some of West Virginia’s best and brightest has slowed due to some of the factors that make West Virginia special, including a lower cost of living, slower pace and extensive recreational offerings.

However, history shows that once economy bounces back and new opportunties present themselves beyond the state’s borders, the exit will resume.

Original Article Published by Dave Wilson with The Voice of Morgantown – WAJR.com