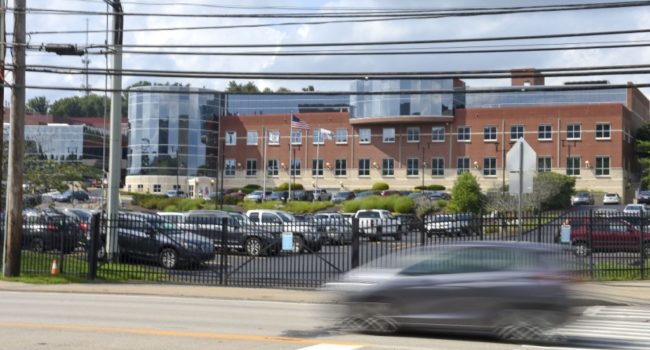 Over the course of the next year, executives with the new company that will be formed from the merger between Mylan and Upjohn, a division of Pfizer, will be tasked with trying to reposition the company in a dynamic market that is facing a number of pressures.

Meanwhile, at least one elected official in Monongalia County does not want to just sit and wait for a decision on the future of Mylan’s current manufacturing plant near Morgantown.

“We are going to go on the assertive, be aggressive, promote West Virginia and promote how Mylan is so important to our community,” Monongalia County Commission President Tom Bloom said on WAJR’s Talk of the Town with Dave & Sarah on Tuesday.

The newly formed company — now being referred to as Newco — that results from the merger is expected to generate about $19 billion to $20 billion in revenue, with $1 billion in cost savings by pooling resources and trimming redundancies by 2023. Those synergies have some in the area anxious about the future of the Mylan plant and the jobs of about 900 union and 200 non-union employees.

United Steelworkers Local 8-957 represents about 900 employees at Mylan’s Morgantown plant. The Dominion Post aked what effects the Mylan-Upjohn merger might have in Morgantown, and President Joe Gouzd reiterated Tuesday morning what the union said on Monday: They don’t have enough information to comment at this point and they’re waiting to learn more.

But, Bloom is optimistic about the future. “They want to stay in the county and the CEO will be housed out of Pittsburgh, so that is a great sign for us,” Bloom said.

With the majority of the board having Mylan ties and the possibility of a growing generic drug market in Asia, Jared Hopkins, with the Wall Street Journal, believes Bloom’s optimism about the future of the Morgantown plant is not misplaced.

“What it [Mylan] gains with Pfizer is a commercial foothold in Asia as well as with their research and development,” Hopkins said on Metronews Talkline with Hoppy Kercheval. “That’s significant because China and Asia represent a huge opportunity for the pharmaceutical industry.”

According to Hopkins, business analysts have mixed feelings about the merger and the success of the future company.

“It’s been a little bit of a mixed bag. There have been analysts that have come out and said it makes strategic sense for Pfizer but potentially the math and numbers might not make it a successful deal,” he said.

“With Mylan, in talking with some analysts who have covered Mylan for a number of years, they’re saying this might make strategic sense but they’re a little skeptical given the history of Mylan over the last decade or so.” The generic drug industry is facing a number of pressures from manufacturers in India, which have entered the U.S. market, as well as companies aimed at connecting patients to medications causing new pricing pressures, according to Hopkins.

This has left companies such as Mylan and Pfizer trying to reposition themselves in the market and news of the merger put Monongalia County in a spot to reposition itself as well.

“We’re going to organize the delegates, the state senators, the city council members, let’s get everyone on board immediately to write a letter to Pfizer to welcome them to our community and explain how synonymous Mylan was to this community and how we’re looking forward to Pfizer being part of our community,” Bloom said.

Completion of the merger is expected sometime in mid-2020.