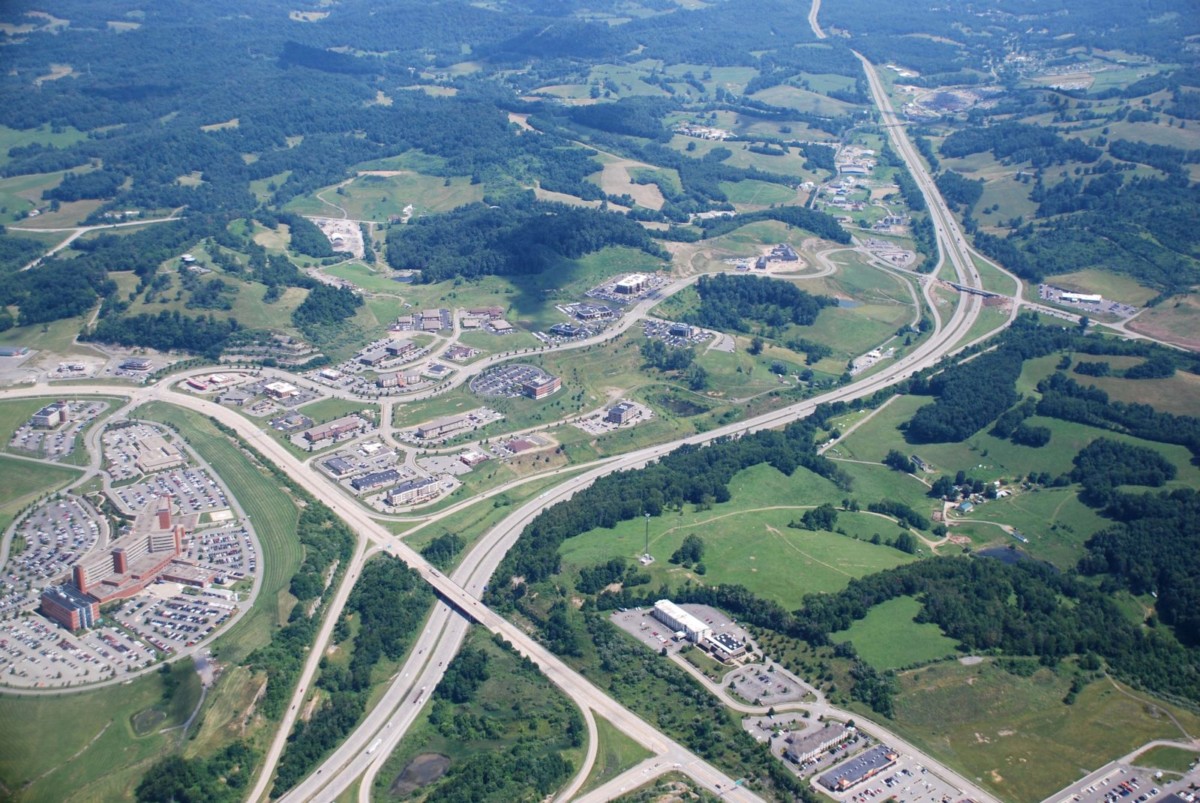 Bridgeport’s White Oaks development has seen much growth since its beginnings in 2008, with even more progress planned for the future this year. Austin Thrasher, White Oaks project manager, said the three-phase development project began right at the beginning of a recession. “It was almost a terrible time to start the development. We had a few years of slow (progression) but things started to grow and increase. I’d say the past five years has been the best growth we’ve had,” he said.

Thrasher said the thought behind the development was to create a place to have support services for the then-new United Hospital Center, the expanding FBI and oil and gas services. From that it has grown into much more, he said. The White Oaks planned business community comprises 470 acres that are home to offices, FBI support services, medical support services, oil and gas businesses, national retailers, restaurants and vital amenities.

Located at the intersection of Interstate 79 and W.Va. Route 279, the busy corridor sees an estimated average of 48,500 vehicles per day. It is adjacent to the $350 million United Hospital Center, at the doorstep of the FBI’s CJIS Division and the Biometric Center of Excellence. White Oaks is also located in the heart of Marcellus Shale play.

Thrasher said White Oaks is divided into three separate phases, with work continuing to progress in all three. Within the last year, some of the development’s newest additions include the Clear Mountain Bank, Minard’s Spaghetti Inn Express and Dyer Group. This time last year, Thrasher said construction was still ongoing for the Clear Mountain Bank as well as the Dyer Group facility. Minard’s now occupies the area in Retail Village Building 1 that formally housed Hermosilla’s Deli.

Nick Dyer, insurance producer and director of bonding, said the move from their Clarksburg location to the White Oaks Development was seamless. “It’s been a fantastic transition for us. Everything has gone very smoothly and all of our neighbors here at the White Oaks development have been very gracious as well as welcoming us as new members of the community here,” he said.

The Dyer Group, previously located in Clarksburg, is one of Harrison County’s oldest businesses was originally founded as P.M. Long and Son Inc. The company has been in business since 1896 and is a sixth-generation, family-owned operation. Being at the new location, Dyer said, can aid in fostering future growth. “I think the location and accessibility to the interstate makes this a great location for our clientele and our staff as we transition into growing our agency,” he said. Dyer expressed the development was an asset to the entire region of North Central West Virginia and is happy “we can be a small part of it.”

Minard’s Spaghetti Inn, a popular Harrison County staple for 83 years, held its grand opening in November, and owner Joe Minard expressed how convenient it was for customers in Bridgeport because they would no longer have to wade through lengthy traffic to visit the Clarksburg location. General Manager Heather Gillespie said the restaurant has a primary convenience factor, providing meals in a to-go container whether customers eat in or take out, making it more convenient for those on a lunch break or in a hurry.

After a soft opening two weeks ago, the new restaurant is starting to see some of its Bridgeport patrons more often than previously, Gillespie said. Some of its menu items include a hot Italian sub sandwich that is normally only available at the Clarksburg restaurant on special as well as soups like minestrone, Italian wedding soup, cheddar broccoli, potato, lobster bisque, pasta fagioli, and, starting next week, it also will sell vegetable beef soup and chili.

Thrasher said there is work continuing throughout the year. There is one bay that remains vacant in the retail section of the development and a national fast food chain, which Thrasher did not name at this time, will find a new home in the lot in front of the Huntington Bank, with construction most likely beginning this year. Though nothing is solidified, Thrasher said there is potential for residential development behind the Harmony Assisted Living Facility, which also opened its doors this year.

In addition, The Thrasher Group built a 4.5-acre pad behind the Freedom Kia dealership located right off of the Saltwell Exit and he said plans are in the works to utilize it for future developments. “If things work out, hopefully we will see some stuff come up before too long,” he said. Thrasher said the impact the development has in the region remains large with other surrounding factors in the area that help facilitate its growth.

“You kind of look for a nice place when you invest in a big building like this. If you’re (The Thrasher Group) and you are going to pay for a building of this size, you’re going to put it in a nice place that’s going to hold its value so we allow bigger companies like that to have place right here where people can come to work. I think it’s got a lot of value there,” Thrasher said.

The hotels, restaurants and other aspects of the development are also essential, he said. “It’s also a really nice benefit having the airport over there with their runway and having the ability to have things land there, seeing them expand and opening up options. I think it really is going to open us up to a bigger area and close things down in terms of travel for us,” he said.

Bridgeport Community Development Director Andrea Kerr said White Oaks from the very beginning has been aggressive and successful in developing their properties, having “done a tremendous job.” “We are excited to hear about the possibility of future development and hope to continue our working relationship to grow not only Bridgeport but North Central West Virginia,” he said.