To Top
Black Diamond Realty > Community News > Inflation hits another 40-year high. What does that mean for shoppers and the next Fed rate hike?

Inflation hits another 40-year high. What does that mean for shoppers and the next Fed rate hike? 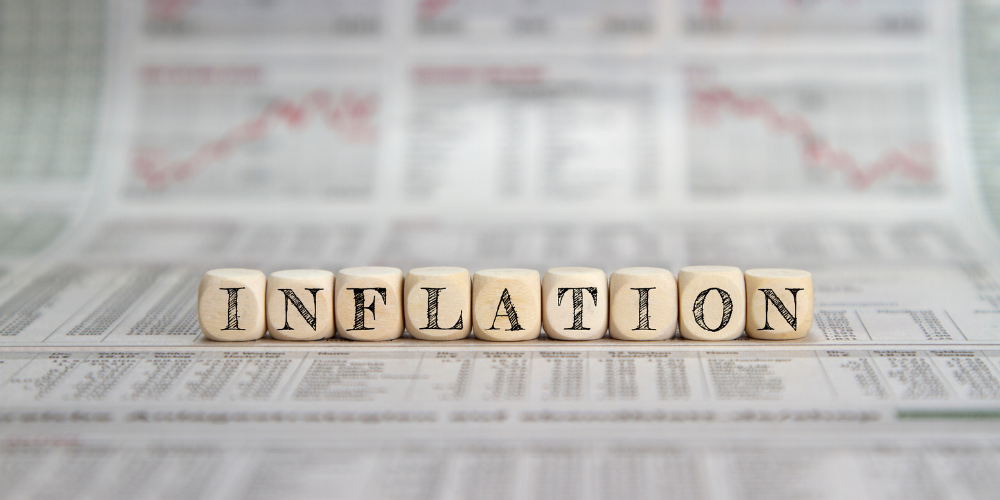 Inflation jumped again in June on a persistent climb in gas, food and rent costs, notching another 40-year high and likely solidifying the Federal Reserve’s plans for another big rate hike this month.

Prices increased 9.1% from a year earlier, up from an annual rate of 8.6% the prior month and the largest gain since November 1981, the Labor Department’s Consumer Price Index showed Wednesday. Economists surveyed by Bloomberg had estimated inflation would rise to 8.8%.

On a monthly basis, consumer prices increased 1.3%, the largest such leap since 2005, compared with a 1% rise in May.

“Ouch,” Ian Shepherdson, chief economist of Pantheon Macroeconomics, wrote in a research note of the latest surge in prices.

Amid signs that inflation is poised to gradually ease, he, along with other economists, noted June likely marked its peak, though a similar pronouncement in the spring proved premature.

The report bolsters the Federal Reserve’s plans to raise its key interest rate by a hefty three-quarters of a percentage point for a second straight month as part of an aggressive campaign to curtail inflation.

The development disappointed already dour investors. After the latest figures were released, the Dow Jones Industrial Average sank by more than 300 points. The S&P 500 fell by 37 points, roughly 1%.  And yields on 10-year notes popped. In midmorning trading, they hovered at 3.03%.

What is causing inflation?

June’s surge again was led by gasoline prices, which increased 11.2% from the prior month and 59.9% annually. The good news is unleaded regular averaged $4.65 Tuesday, down from $5 a month ago.

Grocery prices rose by 1% from May and 12.2% over the past 12 months. Both gas and food costs have been elevated largely because Russia’s war in Ukraine has disrupted global supplies of oil, wheat, corn and other commodities.

There were some encouraging signs. Bacon prices fell 1.9%, its second straight large monthly decline. And beef and veal prices decreased 2.3%.

Will food prices go down?

Barclays economist Pooja Sriram, however, believes higher fertilizer costs for farmers could keep grocery prices fairly high throughout the year. Russia is the leading exporter of fertilizer and the Ukraine war has driven up the cost of that commodity as well as its chief ingredient, natural gas.

Core prices, which exclude volatile food and energy items, increased 0.7% in June following a 0.6% rise the prior month, That nudged down the annual rise to 5.9% from 6% in May, teh third straight monthly decline.

What is rent inflation?

Rent climbed 0.8% monthly and 5.8% over the past year as people who hunkered down with family members during the pandemic moved into their own apartments.

There were some positive developments for summer travelers. Despite surging demand, airline fares fell 1.8% while hotel rates declined 2.8% but they’re still up 34.1% and 10% from a year earlier, respectively.

There are hints that inflation will likely soften in the months ahead. Besides falling commodity prices, supply chain troubles are abating, wage increases may be moderating and retailers’ bloated inventories are triggering big discounts for shoppers.

Also, consumer purchases have started shifting from goods to services, such as dining out and traveling, now that the pandemic is broadly easing.

“This will be the last big increase,” Shepherdson of Pantheon Macroeconomics says.

Does the report raise recession risks?

Yes, at least to some extent. Higher inflation leads consumers to rein in spending, which makes up about 70% of economic activity, and could mean bigger Fed rate hikes, which would hurt borrowing. Bank of America says the report is consistent with its call for a recession in the second half of the year.

Is this close to the worst inflation since World War II?

Not really. In March 1947, inflation hit a dizzying 19.7%. The spike was rooted in effects from the end of the war — the elimination of price controls, supply shortages and pent-up demand, according to a White House blog.